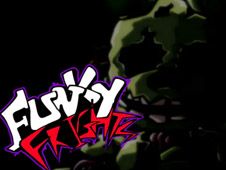 What is FNF vs SpringTrap (Funky Frights)?

SpringTrap from FNAF returns into the world of FNF right now, when you and BF will once again have to fight against this animatronic, but you do it on a brand new song called 'Discovery', with this version being even more interesting and fun than the other one, that we can guarantee.

It's time for some FNF Funky Frights with SpringTrap!

To win the battle of the night you have to reach the end of the song by playing all of its notes according to the charts, so when you see arrow symbols float and match above BF's head, press the identical arrow key. Keep at it to win, but know that missing to do that multiple times in a row leads to you losing and having to start again from scratch. Enjoy!