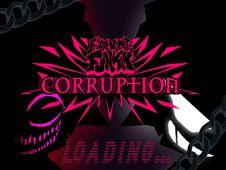 What is FNF Corruption vs Soul Boyfriend?

It is the battle for the Boyfriend's soul in this new FNF Corruption mod where you are about to have a rhythm battle between various versions of BF, some of them evil and corrupt, bringing together lots of amazing tracks into one mod:

Save the soul of Boyfriend from the corruption in FNF!

Whether you are playing in the story mode or free play mode, to win you have to do the same thing, which is to reach the end of the songs by hitting your notes according to the charts.

How do you do it? Simple, when you see arrow symbols float and match above your character's head, you need to press the identical arrow keys to hit your notes.

Miss too many notes in a row and you lose, which forces you to start again from scratch. Let's begin the fun right now and here, all for free, as always!