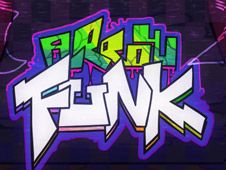 The Week 3 Update of FNF's Arrow Funk mod has just dropped, with tons more new songs than in the first one, almost a half more, and we are sure that if you loved the previous versions, you will love this one as well. The tracklist is as follows:

Whether you are playing in the story mode or free play mode, to win you do the same thing, which is hit your notes according to the charts until the song completes. To hit notes, watch for when arrow symbols float and match above BF's head, and press the identical keys at the same time. Miss one too many notes, and you lose, so be careful!