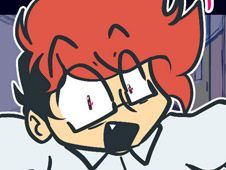 Marktoro (MARKIPLIER) is here to replace Miss Nagatoro from the incredibly popular anime as an antagonist in FNF, where he will sing against Boyfriend on the song called 'Toyboy'!

Sing with Marktoro and BF in FNF!

When you see the arrow symbols float and then match above BF's head, that is when you press the identical arrow keys to hit your notes, and if you do it until the song ends, you win, but if you miss hitting said notes too many times in a row, you lose and have to start again from scratch. Good luck, we wish you the best!