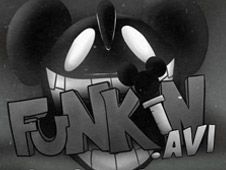 What is Funkin AVI vs Suicide Mouse?

The new Funkin AVI mod features you and BF going up against Suicide Mouse once again, a character that has already become a classic, and who you will have to face off against in a brand new tracklist:

It's time for AVI Funkin Vs Suicide Mouse!

Whether you're playing in the story mode or free play mode, you win in the same way, by reaching the end of the songs, and that is done by hitting your notes according to the charts properly.

Do it by pressing arrow keys at the same time as the identical arrow symbols match above BF, but be careful not to miss hitting said notes too many times in a row, or you lose. Good luck, enjoy!