Estranged but Pico Sings it 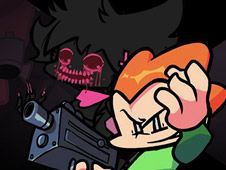 What is Estranged but Pico Sings it?

In FNF we now invite you to sing Enstraged with Pico, who becomes the protagonist of this mod, and he needs your help to defeat the one and only Corrupted Cassandra, as only you and he can defeat her!

Sing Estranged with Pico in FNF!

When the floating arrow symbols match above Pico's head, that is when you need to press the identical arrow keys to hit your notes, and if you can do it until the song ends, you win, but know that missing your notes multiple times in a row leads to losing, so don't let that happen for anything, but focus to win instead. Good luck, enjoy!