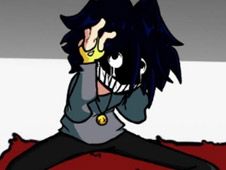 What is FNF The Brighterside?

Boyfriend from FNF returns to The Brighterside universe to fight against characters from it, something we invite you to do right now on all the following tracks:

Whether you are playing in the story mode or free play mode, winning is achieved in the same way, by reaching the end of the songs, which is done by hitting the notes according to the charts until the end.

So, when you see floating arrow symbols match above BF you need to press the identical arrow keys. Do that, but know that missing your notes too many times in a row leads to you losing the game when the health bar depletes.

Good luck and the best we wish you all, as always!