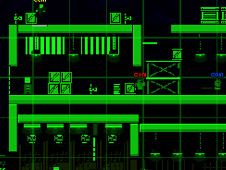 What is Super Fighters?

It’s time to play Super Fighters, one of the most intense fighting games on the internet today. However, becoming the best fighter means you have to learn starts from the basics

Learning The Controls of Super Fighters

Before jumping in the game, select the third option: Tutorial. You will learn the following controls:

●    Survival mode puts you up against an almost endless wave of bot enemies and you must survive as many waves as possible.
●    In stage mode, you unlock new stages by winning each tier. Finishing each challenge will unlock a new player’s skin.
●    Vs. Mode is basically a brawl mode. You can select as many bots as you want to popular a level, then see who comes out on top.

●    Don’t ignore covers. If you see your opponent going for a better weapon than you have, then make your way to them to save your precious health.
●    Melee isn’t bad if you can dodge. You need to stay on the move by rolling, dodging, and diving to get away from or close the gap between you and your opponent.
●    Go for the power-ups. Slowing time will give you an advantage for picking up stronger weapons and letting you decimate your opponents.

Are you ready to become the best fighter on the streets?