FNF Running in The Backroom – Run For Your Life 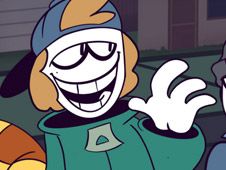 What is FNF Bike Run?

Go on an FNF Bike Run with Boyfriend in one of the best new mods on our website, where right now you're going to have tons of fun with a brand new song called 'TireBrake'!

It's time for an FNF Bike Run, note with note, spin with spin!

As arrow symbols float and match on the top right side of the screen, that is when you have to press the identical arrow keys to hit your notes, and you need to do it until the bike run and the song ends. Of course, if you miss hitting said notes too many times in a row, you lose and have to start again from scratch. Good luck, enjoy!