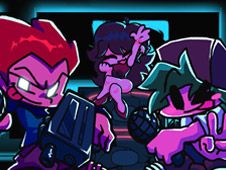 What is FNF Pico Erect Remix?

A new battle between FNF's BF and Pico is about to unfold, but his iconic song has now gotten a must-awaited Erect Remix, which has all been really awesome so far, so this one is going to be great as well!

As arrow symbols float and match above BF's head, that is when you have to press the identical arrow keys to hit your notes, doing it until the song's conclusion to win, but know that if you miss hitting your notes too many times in a row, you lose and have to start again from scratch. Good luck and the best we wish you all, inviting you to stick around here all day long, you won't regret it!