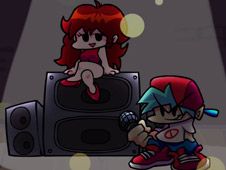 It seems that even the tutorial song has gotten a high-effort erect remix, something we are very excited about, and we're sure that you are too, since you are in for tons and tons of fun with it, just like with the original, and these remakes never go wrong either!

Don't miss hitting notes multiple times in a row, or you lose and have to start again from scratch. Good luck, enjoy, and we wish you all the best!