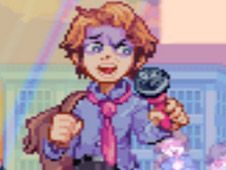 What is FNF vs Erect Senpai?

FNF vs Erect Senpai is the latest addition to the FNF Erect Remix series that aims to remix all of the weeks in the original game one by one, and this time it's the moment for Week 6 and Senpai from Hating Simulator, who you will be facing on the song called 'Erectsenpai'.

Watch for the moment when arrow symbols float and match above BF's head, a moment when you need to press the identical arrow keys from the keyboard in order to hit the notes of the song, and if you do it until the end of it, you win.

Be careful not to miss hitting those notes too many times in a row, because if that happens, you lose and have to start again from scratch. Good luck, enjoy!