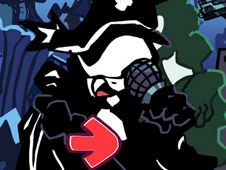 What is Friday Night Funkin vs Tankman Erect Remixes?

Let's try the new FNF Erect Remixes with Tankman, who is now going to be supercharged as you try to defeat him on these new versions of three already-amazing songs that there is no way you are not going to really enjoy:

Let's give a chance to the new FNF Tankman Erect Remixes!

Whether you are facing this character in the story mode or free play mode, beating him will require you to reach the end of the songs by playing all their notes according to the charts, something that you do by pressing arrow keys at the same time as the identical arrow symbols match above BF.

Once the progress bar has fully set in your favor, you're the winner, but know that if you miss hitting the notes multiple times in a row, you lose and have to start again from scratch. Enjoy!