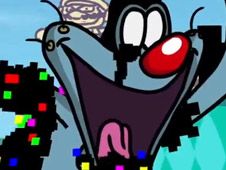 What is FNF Pibby vs Oggy High effort?

Oggy has gotten the Pibby virus of FNF and it will now take high effort for you and BF to defeat him in a rhythm battle to get him rid of it, something we are sure you will manage doing and do it on three new awesome songs:

After making your choice between the two modes, in either case, give your best to reach the end of the songs by hitting their notes according to the charts, something you do by pressing arrow keys at the same time as the identical arrow symbols match above BF. Don't miss doing it too many times in a row, or you lose and have to start again from scratch. Enjoy!