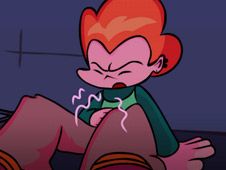 What is FNF Starvation Alley: Pico vs Herra?

Go down FNF Starvation Alley and have a rhythm battle between Pico and Herra with a really fresh one-song-only mod that we are positive you will really love from start to finish, just like we have had when we played it before sharing it!

Pico Vs Herra, an FNF battle on Starvation Alley!

You need to reach the end of the song to win, and to do it you need to hit your notes according to the charts until its conclusion, so when you see arrow symbols float and match above Pico's head, press the identical arrow keys at the same time. Be careful not to miss doing it too many times in a row, or you lose and have to start again from scratch. Enjoy!