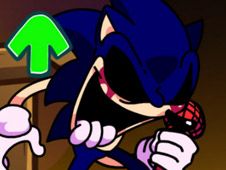 What is FNF VS Sonic.exe’s Revenge?

Let's try the new FNF VS Sonic.exe’s Revenge, where the scary hedgehog and Boyfriend are going at it once more, but this time on a new track called 'Ovilinus', on which we are sure you will once again win, as you always do!

Watch for when arrow symbols match above BF's head and press the identical arrow keys at the same time, doing it until the song concludes to win, but be careful not to miss hitting notes multiple times in a row, since that will lead to you losing and having to start again from scratch. Good luck, enjoy!