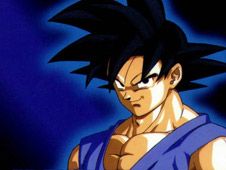 What is Dragonball GT: Final Bout?

Dragonball GT: Final Bout is the game you want to try out if you are big fan of Dragonball fighting games online, and how could you not, since we're talking about the most popular battle shonen anime in the entire world, so it makes sense that you would want to actually do the fighting with these characters as well, not just watch it on the screen!

The game is rendered in 3d, as it was originally made in 1997, when the technology was quite abundant in the world of video games, with you now being able to play it directly from your browsers, free and unblocked, emulated.

In the Battle mode, you have regular one-on-one fights you need to win, choosing your character and the foe, controlled by the computer, and in the Tournament mode, you can only choose one fighter and use them to win the cup.

If you want a bit of a challenge, try the Build-Up mode, where you take one of the warriors depicted in this anime and through various missions and battles you grow their stats and make them more powerful.

We wish you simply the very best in all the fights you are going to participate in here, and we truly hope that you check out the category further, since it is always full of new surprises!