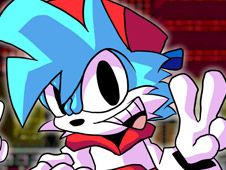 What is FNF: Chemical Plantin’ (VS Sonic 2)?

We now return to the world of FNF mods with Chemical Plantin’, which features the fan-favorite Sonic character that you've had battles against many times before, and you will now as well, surely having tons of fun on the two new songs:

Defeat Sonic in the Chemical Plant zone, now in FNF!

In either mode you will play, you need to sing your notes according to the charts to reach the end of the songs and win, so when you see floating arrow symbols match above BF, press the identical arrow keys. If you miss doing it too many times in a row, you lose and have to start again from scratch. Good luck, enjoy!