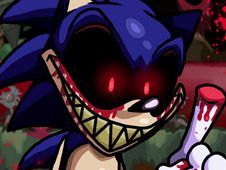 What is FNF Too Slow Reimagined?

FNF's Too Slow featuring Sonic.Exe has been reimagined, as you can now sing it from a whole new perspective, and we've got no doubt at all that you are going to have a blast doing it, just like it had been the case for us when we played it, so make sure not to miss out on it for anything in the world!

Try the Reimagined version of Too Slow in FNF!

When floating arrow symbols match on the top right, above BF, press the identical arrow keys to hit your notes, doing it until the song's conclusion to win, while being careful not to miss too many notes in a row, because if your health bar depletes, you will lose instead. Good luck, enjoy!