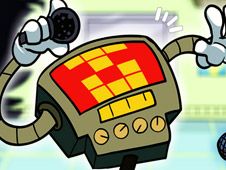 What is FNF vs Mettaton?

Since there had been previous crossovers between FNF Games and Undertale Games, and they had been received very well by our visitors, we are very happy that right at this moment on our website we can once more give you games like this, where right now you will be able to play FNF vs Mettaton, where you will play the role of Frisk, and try to defeat the title character!

Let's teach you how to play the notes of the songs in this game since that is the key to winning the rhythm game. When you see that arrow symbols floating around your character match with those above his head, that is the moment when you also have to press the same arrow keys on the keyboard.

Keep doing this until the song ends in order to win, but be careful not to miss pressing the keys too many times in a row, because if that happens, you lose and have to start all over again, and you would not want that to happen, right? Good luck, and have fun!