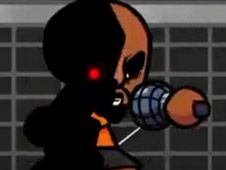 What is FNF Vs Matt’s Pursuit Deluxe Edition?

FNF Vs Matt’s Pursuit (the Deluxe Edition) is the newest mod of our website to feature the beloved Matt from WiiSports, who has one of the biggest numbers of rhythm games in this category, among all the characters, and this new version of the character also brings along a ton of new and fresh songs to do battle on:

Let's defeat Matt in his pursuit of FNF supremacy!

From the main menu you will make a choice between the story mode and free play mode, after which you have to give your best to reach the end of the songs by playing all their notes according to the charts, no matter the selected mode.

To do this, you watch for when arrow symbols float and match above BF, a moment when you will press the identical arrow keys to hit the notes. Don't miss too many of them in a row, or you lose. Good luck!