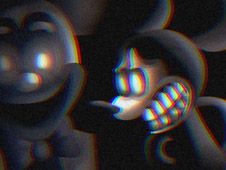 What is FNF Mortimer Night vs Mickey.AVI?

FNF Mortimer Night is a mod where Mickey.AVI is your musical antagonist, and he is a cursed and creepy version of the lovable Mickey Mouse, who you will now have to defeat on all these following amazing tracks:

After you've made your decisionb between playing in the story mode or free play mode, in either case, give your best to reach the end of the songs, something that is done by hitting your notes according to the charts until they end.

Press arrow keys at the same time as the identical arrow symbols match above BF on the right. If you miss multiple times in a row and your health bar depletes, you lose, so don't let that happen, and win instead!