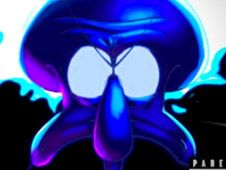 What is FNF: The Greatest Revenge?

FNF's The Greatest Revenge features Squidward as your antagonist, who is trying to get revenge for a failed concert, but even still, we're positive you get to defeat him right now and here!

Can The Greatest Revenge of FNF happen?

When you see floating arrow symbols match on top of Boyfriend to the right, that is when you need to press the identical arrow keys to hit your notes, doing it until the song ends to win, while being careful not to miss your notes too many times in a row, because if your health bar depletes instead, you lose then and there, with Squidward winning, of course.