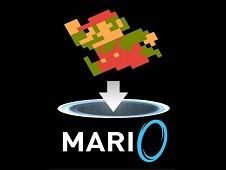 Mari0 is a fan-made game based on the popular Super Mario Bros game. This fan-made game introduces a bunch of changes and differences compared to the original game. We hope you'll like the new changes added.

Firstly, you can change the appearance of Mario. You can change his hair color and skin color. You can also change his hat, there are dozens of hats to choose from including Link's hat and other popular hats that you may find interesting.

Apart from adding new customization features, Mari0 introduces the portal gun to the game. The portal gun is a gun that shoots 2 portals that you can jump and teleport between them. All enemies and Mario can fall in it and be teleported elsewhere.

It also introduced map packs. Map packs are custom maps made for the game, there are 2 map packs available in the game by default, the original map from the game and a portal gun map where you need to use the portal gun to pass through interesting puzzles and obstacles. This map features elements from the popular game series, Portal. It has buttons and also the cubes from the original series. You must go through doors by solving the puzzle.

The original map pack is the same as in the original game. You must go through 8 worlds to save Princess Peach from Bowser who kidnapped her. There are many obstacles and enemies you have to go through like goombas, koopa troopas, lakitu, piranha plants, and many more! The last boss you must defeat is Bowser by either killing him with fireballs or by lowering the hammer and making the bridge fall, also making Bowser fall into the lava.

There are power-ups too! The 2 most common ones are the mushroom that turns Mario into Super Mario, a bigger variant of him, and the fire flower that allows Mario to shoot fireballs at enemies. The other less common one is the star that turns Mario invincible against everything except falling into a pit. Lastly, there is the green mushroom that gives Mario an extra life.

Use WASD/ARROW to move. Space to jump and Left-shift to sprint and shoot fireballs.