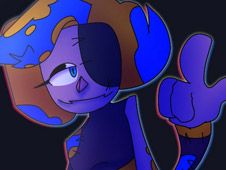 What is FNF vs Stitch?

Stitch from Friday Night Funkin is a creature called like that because she is made out of stitches, being some sort of Frankenstein's Monster, and that is the reason why she also does not have original songs, but instead you battle her on covers made of songs from other mods, such as:

Boyfriend vs Stitch, who wins?

Well, considering that you play as Boyfriend, we hope that you are the winner, so do your best to reach the end of the songs and hit the notes so well that the progress bar turns in your favor. To do so, press arrow keys at the same time as arrow symbols above BF match with one another.

Don't press the keys too early or too late, since that means losing the game, and you would not want that, right? Choose to battle her in either the story mode or free play mode, and then start doing your best from the start, with focus being the key to these games. Enjoy!