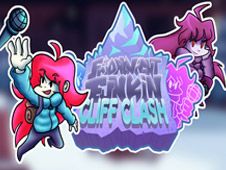 What is FNF vs Madeline (Celeste)?

Madeline from the Celeste game has now arrived into the world of FNF, and just like any other newcomer, she immediately bumps into Boyfriend and has a rhythm battle against him, something you once again help our protagonist win, and which we invite you to do right now on the following songs:

In both the story mode and free play mode, and no matter the difficulty level, the way you win remains the same, which is by reaching the end of the songs, and you can only achieve that if you play all your notes according to the charts.

This means that when you see arrow symbols matching above BF's head, you need to press the identical arrow keys, but be careful not to miss doing that multiple times in a row, or you have to start again from scratch. Enjoy!