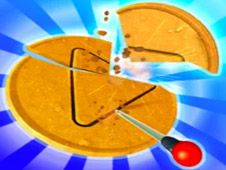 DalgonaCandy.Io is going to be one of our best Squid Game online to play version we have had so far, since not only is in 3d, has cool graphics, and is easy to play, but it also features four of the games depicted in the Netflix show, in addition to the one that is in the title, also known as Honeycomb, certainly a surprise in the rise of its popularity!

Survive Squid Game and all its challenges, right now!

In the first level you have to cut up the Honeycomb circle in the middle of the candy, so keep clicking on the dalgona candy to remove bits and pieces of it, without cracking the shape, because you then lose. It needs to be completely cut out before the timer reaches zero seconds.

You then go to Red Light, Green Light, where you tap and hold the mouse to advance forward when the green light is on, but stop when the red light is on, or you get shot. Cross the finish line alive, and before the timer finishes.

For the Tug of War game, repeatedly tap on the screen to pull on the rope and draw your enemies into the middle of the platform, making them fall to their death and win.

Finally, cross the Glass Bridge by tapping on the glass tiles that are shown to you in green, because the other ones crack, and you also have a timer here, of course.

You will then start again with the first challenge, only with a new shape, and the difficulty increases from one level to another, but so does the sum of money you earn as a reward for advancing. Good luck, and we wish you the best, you always need it in SQUID GAME!