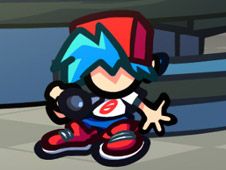 What is FNF vs. Mongus Fungus?

Become a crewmate pet version of BF going up against another crewmate pet in the newest FNF mod called Mongus Fungus, where you've got two amazing original tracks we invite you to check out:

Made your choice between the story mode and free play mode? Good, now, in either case, reach the end of the songs by playing their notes according to the charts to win.

How do you do it? Simply press arrow keys at the same time as the identical arrow symbols match above BF, but don't miss hitting them too many times in a row, or you lose and have to start again from scratch. Enjoy!