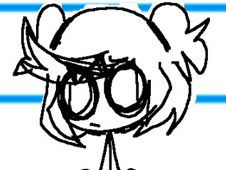 Let's enter Sayori's Notebook in FNF to have some really awesome rhythm battles on countless songs she has written here, just as the following ones:

Sayori's Notebook invites you to some of the best FNF songs, let's play them!

Whether you play in the Story Mode or the Free Play Mode, to win you need to do the same thing, which is to reach the end of the songs by playing their notes according to the charts, meaning that you have to press the arrow keys at the same time as the identical arrow symbols match above the character to the right.

Make sure not to miss hitting notes too many times in a row, you end up losing after ruining the chart too much. Good luck and the best we wish you all!