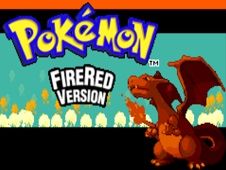 What is Pokemon FireRed Version?

The world of Pokemon awaits you! This is the FireRed version of Pokemon, and along with its sister version, Pokemon LeafGreen, they are remasters of the original Pokemon Red and Blue games.

The plot of the game follows the character that we chose at the start of the game. When our character tries to leave Pallet Town, the city you start in, Professor Nick stops you in the nick of time. He invites you to his lab and he gives you a pokemon and a Pokedex. He also tells you his vision to create a complete guide on all of the pokemon found in the world.

The goal of the game is to finish it by winning every Gym badge, competing in the Pokemon League, and fulfilling Professor Oak's dream by catching all Pokemon. The first area the player will spawn in is Pallet Town.

Pallet Town is a small town with a  few famous people in it, Samuel Oak, Leaf, Chase, and more. There aren't many roads connecting it to other places and there is little commerce. It is also the homeplace of the character you chose. You start in the house which has 2 floors:

In Pallet Town, you'll also find your rival, whose name you can choose when starting the game. He also has a house that you can explore. You may also explore Professor Oak's lab, this is where you can choose between the 3 starting Pokemon, Bulbasaur, Charmander, and Squirtle. This is also where your first battle will happen against the rival.

Each battle consists of 2 trainers putting their pokemon to fight. In these fights, you need to strategically choose the correct options to win the battle. Each pokemon has a limited amount of health that can be lower by the enemy's attacks. To win, you need to defeat the enemy's pokemon by bringing its health down to 0.

There are many attacks that you can choose from and each pokemon has a different attack than the other. For example, Squirtle's tail whip attack can make the enemy's defense fall, this puts you at an advantage as your other attacks now deal much more damage to the enemy. Squirtle's tackle attack will directly inflict the enemy.

Once you get out of Pallet Town, your adventure really starts, Pokemon can be found in tall grass, when encountered, you can fight it and if its health is low enough, you can try to catch it with pokeballs! This has a higher chance of working if the enemy's HP is really low but you also must be careful not to hurt it too much or it'll run away!

The world of Pokemon awaits you! Press play to have countless fun!