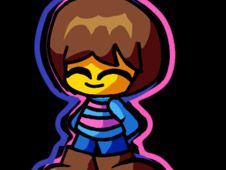 What is FNF MettaMania Mod?

FNF MettaMania is a brand new mod offering you the chance to jam with characters from Undertale such as Mettaton or Sans. Even better, you have quite an extensive tracklist to do it on and have lots of fun with:

Whether you choose to play in the story mode or free play mode, help Boyfriend to defeat the rival characters by playing your notes according to the charts until the end of the song, so when you see floating arrow symbols match above him, press the identical arrow keys.

Know that if you miss hitting notes too many times in a row, you will lose and have to start again from scratch, which happens when your health bar gets emptied out.