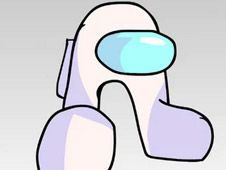 What is FNF Vs Amogus Imposter?

Another sus imposter from Among Us has come over to the world of FNF Games online, as he is challenging BF to a rhythm battle, so we hope that you are ready to help our protagonist win and throw him out of the spaceship, something that you will do on two awesome original songs known as:

Defeat the imposter and save the spaceship!

After picking between the story mode or free play mode, give it your best to reach the end of the songs by playing all their notes according to the charts, meaning that when arrow symbols above BF match with one another, you will have to press the same arrow keys on the keyboard yourself.

Keep at it until the song concludes to win, but know that if you miss pressing the keys too many times in a row, that leads to you losing the game and having to start it all over again from scratch. Good luck, enjoy!