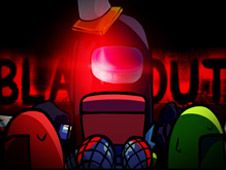 What is FNF Vs Impostor: Black Betrayal?

The Black Impostor has done his Betrayal, and you and BF have to survive him and maybe other sus astronauts in a newly-released FNF Among Us mod that we are sure you will greatly enjoy, especially with this tracklist:

Survive the Betrayal of the Black Impostor of FNF!

After making your choice between the two modes, in either case, give your best to reach the end of the songs by hitting their notes according to the charts, which is the only way to win. How?

Well, when you see arrow symbols match above BF, that is when you press the identical arrow keys. Be careful not to miss hitting them too many times in a row, because you will then lose. Good luck, enjoy!