Mario Steals Your Liver as a FNF Mod

I Ate Your Doorframe but is FNF mod 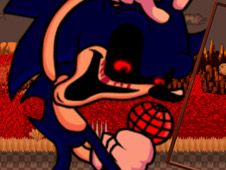 What is I Ate Your Doorframe but is FNF mod?

I Ate Your Doorframe has now become an FNF mod with Sonic.Exe, something we are sure you will really appreciate since memes and viral internet characters always work well together, with this game bringing some funny elements to the scary song called Too-Slow!

I Ate Your Doorframe, now an FNF mod with Sonic.Exe, try it out!

As the song progresses, reach the end of it to win, something that you do by hitting your notes according to the charts, and to do it you need to press arrow keys simultaneously as the identical arrow symbols match above your character. Miss pressing the keys too many times in a row and you lose the whole duel, so don't let it happen but win instead. Good luck, enjoy!