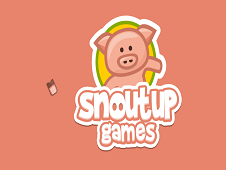 What is Iron Snout ?

There is a legend about this awesome Iron Snout who is so brave and so amazing that he nobody would even think about it. First of all, you have to know that using the arrow keys will be so necessary for you in this special fighting game so let's kill some hungry wolves. The wolves will come to you in the shortest time possible, trying to kill you and eat you because this pig, the Iron Snout pig is the only one in a forest full of wolves. They have no chance if they come unarmed and they will realize it so they will attack your piggy with a lot of deadly weapons, form axes to hatches and this kind of iron and sharp deadly killing tools so your mission will be to avoid getting killed by them so you must kill them as soon as it is possible, using only your fists and the pig's legs. This is not going to be actually easy so you have to pay a lot of attention and do not get touched by their sharp weapons so if you kill them, collect their weapons, chainsaws and another killing tools and use them against the wolves. Good luck and prove that you are the greatest piggy hero in the world so this is not going to last so much if you let them get to close to you and touch you so many times!