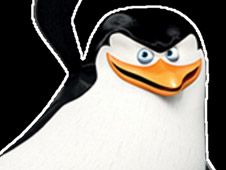 What is Friday Night Funkin vs Skipper (Skippa)?

Skippa has definitely become a standout character from the Madagascar spin-off known as Penguins of Madagascar, and his so many fans are now going to be very, very happy that they can play against him in a rhythm battle as Boyfriend, with the latest mod from this series being this one, called Friday Night Funkin vs Skipper (Skippa), where you battle on some of the most popular songs in the franchise!

Do you think you can move it, move it, better than Skippa?

There is only one mode you can play this game in, but, one new cool feature is that you can go up against Skipper being either Boyfriend or another main protagonist, Salty. Choose your character before starting the battle.

When you see that arrow symbols above your character are matching one another, press the same arrow keys yourself, and keep doing it until the end of the song to win.

Be careful not to miss too many notes in a row, because that happening means you lose the game and have to start again. Good luck!