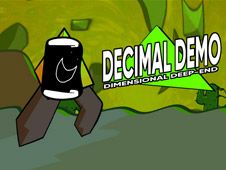 What is FNF vs Ohungi – Dimensional Deep End?

Ohungi is an entity with a pyramid head who you and BF now have to go up against in a rhythm battle of music, something we are sure you will really love, especially since the game has the following awesome two tracks:

BF VS Ohungi, an FNF battle in the Dimensional Deep End!

After making your choice between the story mode and free play mode, in either case, keep playing your notes according to the charts until the song's end to win. How?

When the arrow symbols that float above BF's head match one another, you press the identical arrow keys. If you miss doing it multiple times in a row, you lose. Good luck, enjoy!