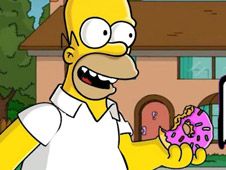 What is FNF vs Homr & Peter Donut Remixified?

In the new FNF Donut Remixified mod, as you battle Homr, Peter from Family Guy also makes an appearance, and we're sure you will have quite a fantastic time going up against this comedy giants in the world of animation!

Defeat Homr & Peter in FNF on the Remixified Donut song!

When you see floating arrow symbols match above BF's head, press the identical arrow keys to hit your notes, and keep doing it until the song ends to win, while being careful not to press keys wrong, because if you miss too many notes in a row you lose and have to start again from scratch. Good luck, enjoy!