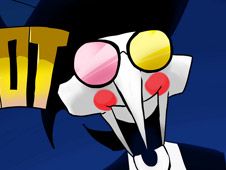 What is FNF vs BigShot (Spamton)?

Spamton from UnderTale thinks of himself as a BigShot, but you are now invited to go up against him and defeat him in a rhythm battle on the song of the same name, which we are positive you are going to enjoy greatly, just like we did!

Defeat Spamton the Bighsot in FNF!

From the main menu you need to choose between playing in the story mode or free play mode, and, in either case, give your best towards reaching the end of the song, something done by hitting notes according to the charts until then. To do it, press the arrow keys simultaneously as the identical arrow symbols match above BF.

If you miss hitting too many notes in a row, you lose and have to start again from scratch, which happens if your health bar depletes. Enjoy!