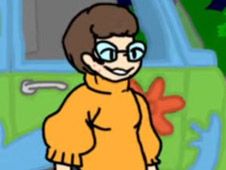 What is Friday Night Funkin’ VS Velma Dinkley?

It seems that Shaggy is not the only character from Scooby-Doo that is good at music, as you can see right at this moment when our administrative team invites you all to play Friday Night Funkin’ VS Velma Dinkley, where this nerdy bob-haired girl with glasses that every fan of the show loves wants to prove Boyfriend her rhythm, so help our protagonist defeat her on the following custom songs:

Boyfriend Vs Velma, the battle you all wanted!

Start by picking if you want to battle this character in either the Story Mode or the Free Play mode, it's up to you, and then give it your best to follow the charts of the songs until their end, winning when you reach the conclusion and the progress bar is in your favor.

To do that, use the arrow keys, keys that you have to press at the same time as the arrow symbols above BF match with one another, but remember that if you miss the timing too many times in a row, you lose and have to start again, so don't let that happen for anything in the world! Good luck!