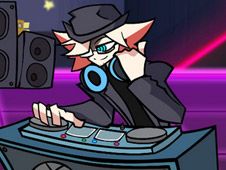 What is FNF Vs Camellia RUDE BUSTER?

Camellia is one of the hottest DJ's around, and one of the DJ's with which Boyfriend has grooved before, but this time they are doing it again, as you are all invited to play FNF Vs Camellia RUDE BUSTER, which is a mod that adds the Rude Buster song in addition to the three original ones, giving it all the freshness it needs!

Help Boyfriend take on Camellia once again, and win once more!

Well, as you would expect, you can play this mod in either the story mode or the free play mode, and your goal is to reach the end of the song while playing all of its notes along the way.

To do so, when you see arrow symbols match above BF's head, it is at that moment you also need to press the same arrow keys, but don't get it wrong too many times in a row, because you will lose if that happens. Good luck!