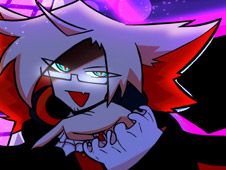 What is Friday Night Funkin vs Camellia v2?

The talented DJ known as Camellia is back to funk again with you and Boyfriend, and in addition to the first four songs you've seen in the previous version of her mod, we now have ten more songs, for a total of 14, and you can play with them in a total of four weeks, as follows:

Whether you choose to play in the story mode or free play mode, the way to win is identical, and it is by reaching the end of the songs and playing all their notes according to the charts.

To do this, you watch for when arrow symbols above BF match one another, and press the identical key, but be careful not to miss pressing the keys too many times in a row, or you end up losing.

We wish you good luck, non-stop fun, and we hope to see more of you here today, you would not want to miss out on all the great games we've got in store for you!