FNF vs Hecker (Got Heck’d) 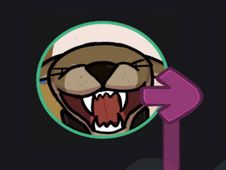 What is Friday Night Funkin vs Hecker?

Hecker's profession, as you probably realized from his name already, is that of a hacker, and he is a hacker with a cat icon that you and Boyfriend will have to defeat if you want to get his data back, with their rap battle taking place over the phone, making this custom mod quite interesting!

Defeat Hecker to get your stolen data back!

As the song progresses, when your turn comes, you will see arrow symbols matching above BF's head, and, when they do, you have to press the same arrow keys on your keyboard, and have to keep doing it until the song concludes in order to win.

Be careful not to miss pressing the keys too many times in a row, because if that happens, you will have to start all over again from scratch. Good luck, enjoy!