FNF: Manifest but Every Turn a Different Cover is Used 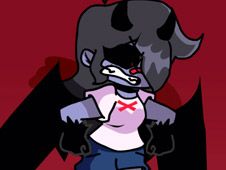 What is FNF Shift: Manifest Sky vs Demon Sky?

It's a battle of two Skys right now in the FNF Shift mod, where the battle takes place between Manifest Sky and Demon Sky, and we've got no doubt at all in the world that you're going to have an amazing time helping one of them win!

You will use the arrow keys to hit your notes, pressing them at the same time as the identical arrow symbols match above the character on the right. Keep at it until the song's conclusion to win, but know that if you miss hitting said notes too many times in a row, you lose and have to start again from scratch. Good luck, enjoy!