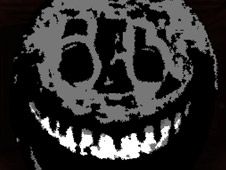 What is FNF Roblox Doors vs Rush – Chase?

Rush from Roblox Doors returns as an antagonist in the world of FNF Games, where you now have to defeat this character on the brand new track entitled 'Chase'!

When the floating arrow symbols match on the top right side of the screen, that is when you need to press the identical arrow keys, hitting your notes using this method, and if you keep at it until the song ends, you win but be careful not to miss your notes multiple times in a row, you will lose instead. Good luck, enjoy!