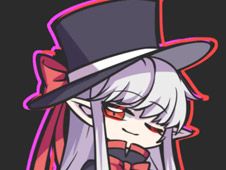 What is FNF vs Var?

Var is a vampire anime girl living in a castle which BF and GF stumbled upon in the vast world of FNF Games, where right now you are invited to help the blue-haired protagonist defeat this new musical foe on the following songs:

Defeat Var in the world of FNF right now!

Whether you play in the story mode or free play mode, you win by doing the same thing, which is getting to the end of the songs by playing their notes according to the charts. If instead, you miss your notes too many times in a row, your health bar depletes and you lose, having to start again from scratch.

So, when you see floating arrow symbols match above BF, press the identical arrow keys at the same time. Doing it at the wrong time, pressing the wrong keys, or not pressing them at all counts as misses. Good luck, enjoy!