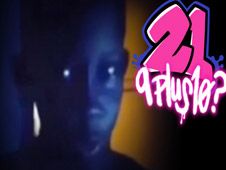 21 Kid is a viral meme from the days of Vine, which used to be one of the most popular apps for young people back in the day, a precursor to what is TikTok now, and you can now battle this meme in a rhythm game where you play with Boyfriend and this Kid on the song known as 21, which used to be part of the viral video.

Relive the 21 Kid meme with FNF!

As the song goes on, when it is your turn to hit notes, you will see arrow symbols above BF's head matched with one another, and at that moment you will have to press the same arrow keys yourself, something you have to keep doing until the song ends in order to win.

Be very careful not to miss pressing the keys too many times in a row, because that happening means losing the game and having to start it all over again from scratch. Have fun!