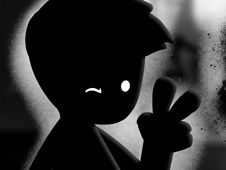 What is FNF vs Limbo Kid?

The Limbo Kid from the 2010 indie video game represents Boyfriend's newest antagonist in the world of FNF Games, where we invite you to help him defeat the new enemy on one song only, called Colourless, where we're sure you will have plenty of fun, as usual!

Defeat the Limbo Kid in the Colourless FNF world!

You need to reach the end of this song to win, so when you see arrow symbols match above BF, that is when you have to press the identical arrow keys to hit your notes, and if you do it until the song ends, you win, but know that missing notes multiple times in a row leads to your loss, something you should not allow to happen for anything in the world. Good luck, enjoy!