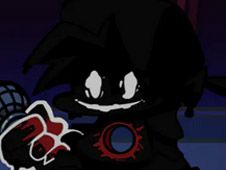 What is FNF: Bob Corrupted BF?

Bob went around the whole FNF universe and corrupted anyone who came his way, and the latest one he did it to is our one and only Boyfriend, the protagonist, so right now and here we hope you all give a chance to this awesome new mod called FNF: Bob Corrupted BF, where Corrupted BF will face off against Bob in the songs of the third week.

Either playing the story mode or free play mode, you've got the same goal, which is reaching the end of the songs by playing all their notes according to the charts, and then you win. When arrow symbols above BF match, press the same keys and keep doing it until the song ends.

Be careful not to miss pressing the keys too many times in a row, or you will lose after too many of those misses. Good luck, enjoy, and stick around for more fun to come!