Friday Night Flames (Through The Fire and Flames) 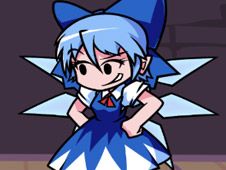 What is FNF: Maid of Fire?

Maid of Fire is a really popular song by the Japanese artist known as NICO, and you will now play a rhythm game to that tune, one where you go up against an anime maid, something that we know already interests you deeply, as FNF anime games have constantly been really popular, and this one won't be an exception!

Use the power of rhythm to tackle the maid of fire song!

Watch for when the arrow symbols floating around Maid match with those above her head, and, when they do, press the same arrow keys on your keyboard, something you've got to keep doing until the end of the song to win.

Be careful not to miss pressing the keys too many times one after another, because if that happens, you lose the game and have to start it again from scratch. Enjoy!